Archive for the VetCo Category 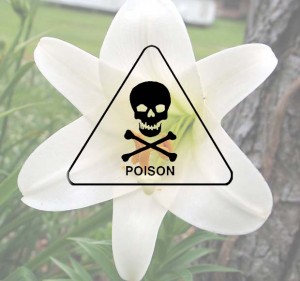 Easter Lilies are beautiful but they are also deadly….to your cat! The biggest danger of Easter Lilies is kidney failure. This can happen much easier than you may think. The plants are highly toxic to your cat and even ingesting a small amount can cause some sever physical reactions. In fact, your cat doesnt even have to eat the plant. Sometimes drinking the water from the vase or pollen exposure is enough to cause a sever reaction.

Symptoms of Lilly Poisoning include:

Not all lilies are deadly. Non-deadly Lilies include:

These will only cause mild reactions which include:

Most of the issues from non-deadly lillies are caused by tissue irritation in the mouth, thongue, pharynx and esophagus. If you cat has eaten a non-deadly lilly and is showing symptoms, offer them milk or chicken broth. This will help flush out their mouth and throat and should remove the irritant.

Please be hasty! The sooner you bring your cat in after ingestion the better. if you are not sure if you need to then call your vet or poison control and they will be able to advise you.

Happy Spring! Now Get to the Dog Park! 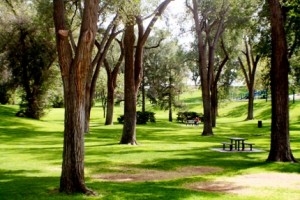 Dog parks are a great way to celebrate the first day of spring and to enjoy our beautiful weather. Luckily Albuquerque is a very pet friendly city and has lots of dog parks located all over the city! At Vet-Co we try to get out in the gorgeous weather every chance we get!

Make sure that you are a good dog when you visit the park and follow the dog park rules:

*Rules courtesy of the City of Albuquerque

If your dog has not been neutered and you want to go to the parks then bring them in to Vet-Co in Albuquerque or Los Lunas and we will get your pup taken care of. Make sure you check our promotion page for the current coupons on surgeries and spay’s and neuters.

Is Your Dog Having A Mid-Life Crisis?

Okay so he might not be driving a sports car or wearing a medallion and an embarrassingly obvious wig, but that doesn’t mean your precious pooch isn’t suffering from some kind of age-induced identity crisis. You may see him as a creature of simple needs who thinks all is right with the world if he’s chewing your slippers or polishing off your tea when you’re not looking, but believe it or not, dogs have feelings too. Maybe he’s got to the ripe old age of 6 and realised he hasn’t fulfilled his potential. Let’s face it – gobbling up your spilt leftovers and sleeping in a basket on your kitchen floor probably isn’t exactly where he imagined he would be when he was an idealistic young pup dreaming of fortune, glory and being more famous than Lassie.

Yes it’s true; dogs are just as likely to be blighted by this demon as humans are. Some pet therapists even prescribe Prozac to dogs. It is not just the spoilt L.A. dogs who are carried around as the latest must have accessory in Celebrity B-Listers designer handbags; unglamorous real life working class mongrels can also be struck down by a bad case of the blues. Maudlin mutts who spend their days trudging along the Manchester Ship Canal are just as likely to be plagued by a canine crisis as the pampered pedigrees who strut down Hollywood Boulevard wearing Gucci diamond encrusted collars.

His Bite is worse than His Bark

You may have noticed that your dog has turned into a bit of an old grouch. Just like human beings, animals can become restless and anxious. After all, he isn’t 3 years old anymore and life is bound to have taken its toll. But could it a bit more serious than that? If your normally happy-go-lucky pooch suddenly starts behaving in an uncharacteristically aggressive manner it could be an indication that he is no longer content with his lot in life. If his usual tail wagging and face licking has been replaced with snarling and snapping maybe you need to delve into the underlying cause of it, instead of just slipping him another doggy treat and hoping for the best.

Is He Watching His Figure?

We all worry about piling on the pounds as we get older and have to face up to the sad fact that we can no longer trough what we like without bursting out of our trousers. When we are unhappy it can affect our eating habits to one of two ways – either we overeat or lose our appetites completely. Again, the same can be true for dogs. If your usually ravenous dog starts turning his nose up at his food, it might not just be because he doesn’t like the new flavour of Bounce Chunks you’ve bought for him. It could be a sign that all is not well on an emotional level.

Could there be a Physical Cause?

Before you panic and book him in for some intense canine hypnotherapy treatment, take him to the vets and make sure you rule out any potential physical ailments that could be causing your forlorn friend  distress or discomfort. If he is off his food, losing weight and seems to have lost his joie de vivre, it could be because he is unwittingly playing host to some rather unpleasant dinner guests. By having regular worming treatments with good quality wormers, your pet will stay in much better health. What’s more, if he’s still got that faraway look in his eyes when any physical causes have been ruled out, maybe he really is suffering from Lassie envy.

Ian Appleton is a writer who offers sound advice on how best to look after your pet. He suggests that you should keep a regular worming treatment up using quality UK wormers to ensure you hound is one happy pooch.